Chris is a re-recording mixer, sound designer, and sound editor with over 20 years of experience in the entertainment industry. Starting as a musician at the age of 13, he got involved in music and sound at an early age. After attending Musicians Institute in Hollywood in 1995-1996, he began working in a studio learning the ins an outs if audio recording, editing, scheduling and collaborating with clients. He has been heavily involved in every aspect of sound for picture from preconception to final delivery, and knows what it takes to complete a project on time, on budget and beyond the expectations of the most demanding filmmakers. He has mixed and/or edited sound on seminal film and television projects. He also has extensive experience with the technology and tools for creating soundtracks and was among the first to mix in cutting edge immersive formats such as Dolby Atmos, Auro 3D and DTS-X. 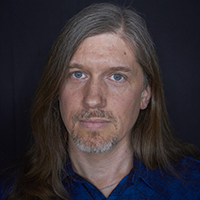