Tod A. Maitland has been an audio professional in the film industry for more than 40 years. Having been nominated for three Academy Awards in the Best Sound category, he's worked on films such as, "Seabiscuit," "Independence Day," "National Treasure," "I Am Legend," "The Greatest Showman," and "Joker." Mr. Maitland just finished production sound for Steven Spielberg's remake of the classic movie musical, "West Side Story." Shot on location in and around NYC this summer, Tod overcame RF and outdoor challenges by using primarily Shure equipment including Axient® Digital wireless, TwinPlex™ subminiature microphones, PSM® 1000 personal monitoring, and Wireless Workbench® software. In this live interview, you’ll get to hear him share stories of movies he’s worked on and how he’s overcoming today’s most perplexing audio challenges for film and TV. 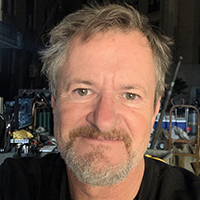