Full Name
Ren Klyce
Job Title
Sound Designer/Re-Recording Mixer
Bio
Ren Klyce is an American Sound Designer best known for his collaborations with David Fincher, Spike Jonze and Rian Johnson. Born in Japan and raised in Marin County, California, Klyce was given a tape recorder at the age of 7 by his godfather, [sound artist and radio satirist] Henry Sandy Jacobs, and started experimenting with sound and music recording.

“When I was nine years old, George Lucas had rented the house next door at 8 Laurel Street,” says Klyce. “Lucas was editing THX-1138 in this house. My godfather was the one who told me that George was making his movie there.” (Lucas' sound designer, Walter Murch, had hired Jacobs for voice work in the film.)

A decade later, while studying Music at University of California at Santa Cruz, Klyce got what would be a very fortuitous summer job as an art assistant on an animated feature that was being produced by Lucas. While working on the film (Twice Upon a Time), Klyce met a 19-year-old David Fincher. (Fincher was hired by the film’s director John Korty as the visual effects supervisor.)

“Growing up in Marin County during this era, we were fortunate because we didn’t have to go to Los Angeles to get our start in film. Films like THX-1138, American Graffiti and Star Wars were being made here in our backyard. We were lucky to have gotten jobs in film at such a young age.”

Klyce’s interest in sound continued through his time at UCSC. He credits Professors Gordon Mumma and David Cope with introducing him to Musique Concrète: a 1940s genre of music that was, in many ways, like sound design. “Learning music theory and ear training was invaluable, however some theory was at times a bit difficult for me. But what was unique about the electronic music courses, and studying Musique Concrète, was that they were all about listening and celebrating the composers who challenged the very definition of music itself. These 1940s composers considered sound as music. That really resonated with me.”

While at UCSC, Cope introduced Klyce to John Chowning, a Composer and Music Professor at Stanford University. Chowning, (known as the inventor of FM Synthesis), was composing music in quadraphonic sound using an FM synthesis computer called the Sambox. Klyce’s interests piqued, he enrolled in a summer workshop at Chowning’s CCRMA (Center for Computer Research in Music and Acoustics), where he learned the fundamentals of programming music on the Sambox computer. Using four speakers, Klyce became very interested in sound spatialization possibilities that the computer system could offer.

A year later, David Fincher, whose career in directing was just starting, hired Klyce to compose music and sound for their first collaboration: a PSA for the American Cancer Society. The spot featured an animatronic fetus smoking a cigarette with a voice-over stating: “Would you give a cigarette to your unborn child? You do… every time you smoke. Pregnant mothers: Please don’t smoke!” 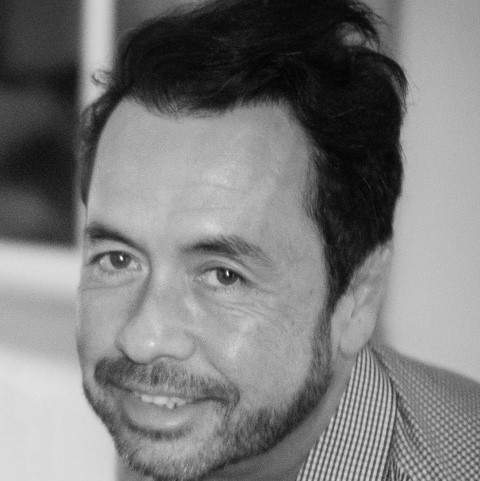