Full Name
Gerry Formicola
Company
Second City Sound
Bio
At 18 years old, Gerry Formicola entered the world of television by climbing towers at horse racing tracks to run cameras for his dad’s company. While Gerry didn’t continue on the camera side of production, he found his niche over the years in Sound for Film and Television.
This passion evolved into a 30+ year career as an Audio Engineer, including Broadcast Mixing, Sound Reinforcement, Intercom Communications, Technical Producer, and Audio Production Manager for The Oprah Winfrey Show at Harpo Studios in Chicago.
In 2012, Gerry was convinced Chicago needed a bricks and mortar outlet for location sound gear for the growing television and film industry. This inspired him to launch Second City Sound, providing sales, rentals and service.
While Gerry continues to mix, teach, and run SCS, he is also a family man who works side by side with his wife Sharon, and has two daughters, one of whom is in college pursuing a degree in the world of visual media arts (despite his attempts to discourage her).
Gerry has more Daytime Emmy nominations than he can remember (seriously), and two Emmy Wins!
Speaking At
Comms for Socially Distanced and Zoned Media Production 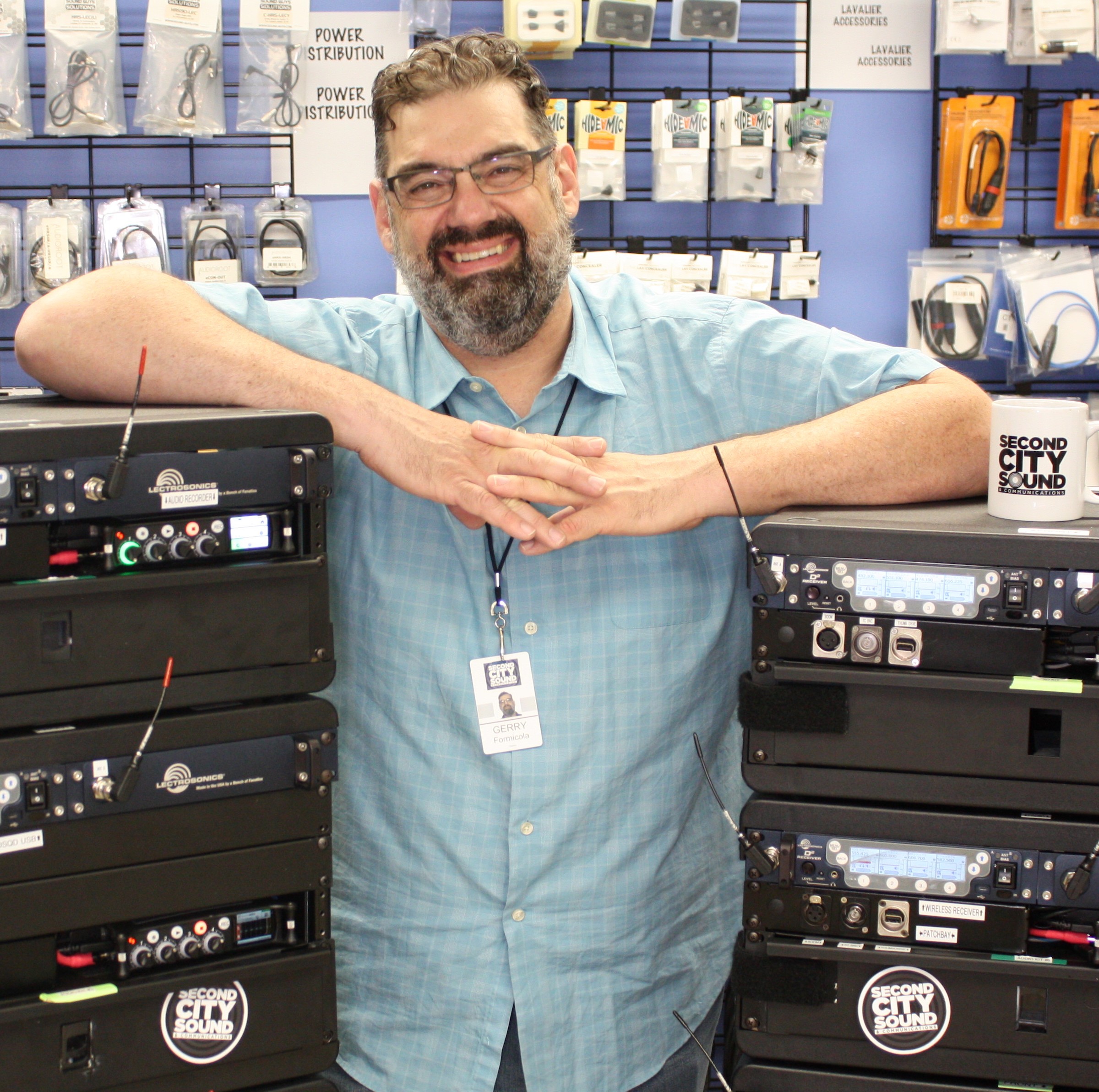