Her diverse work spans multiple genres, from popular television dramas like ‘Nashville’ (ABC/CMT), Marvel’s ‘InHumans’ (ABC), ‘The Newsroom’ (HBO) and ‘The Ranch’ (Netflix), to comedy features like ‘Santa Claus 2’ and ‘The Tooth Fairy,’ to indie box office hits like ‘Magic Mike.’ In recent years, she has been in demand for streaming projects like ‘The Stranger’ (Netflix), ‘Daisy Jones and the Six’ (Amazon) and ‘The Looming Tower’ (Hulu).

Pine has received a total of 10 Guild of Music Supervisors Awards nominations, winning Best Music Supervisor in 2013 for her work on ‘Magic Mike,’ and in 2014 and 2015 for ‘Nashville.’

Along with her television expertise, she has extensive film credits, serving as music consultant on successful films such as Steven Soderbergh’s ‘Ocean’s 11, 12 and 13,’ and on the soundtrack for the Academy Award-winning movie ‘Traffic’ for which she received a Grammy nomination.

In addition to her work as a music supervisor, Pine has also served as a Music Consultant for ABC Television, Interim Music Executive at New Line Cinema, and as Music Executive at PolyGram Filmed Entertainment, which included overseeing music for ‘Dead Man Walking,’ ‘Notting Hill,’ and ‘The Big Lebowski.’ Pine is a long-time member of the GMS and previously served on the Board of Directors for many years.
Speaking At
Sound for Sylvie's Love 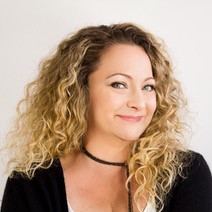